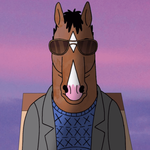 When I decided to apply to business schools, my profile had a few obstacles that usually end up crushing most applicants’ dreams - a highly competitive demographic pool, age, no blue-chip employers on the resume, several job switches, and what some schools would consider a second MBA situation as well. I applied to an M7, two T10, and two T15 programs.

Things I worked on with Greg:

I had the opportunity to work with Greg for the interview prep through the GMATClub moderator scholarship.

Greg offered to set up a free 30-minute consultation call to understand my profile and goals better. Even though this is somewhat standard practice with admissions consultants, what really stood out for me was that Greg offered the same level of support to a ‘non-paying’ (scholarship) client like me as he would have to a paying client. For me, this spoke highly about the level of support I could expect from him in the future. By the end of the call, I felt that he had a great understanding of where I was in the application process and accordingly suggested the service that would benefit me the most.

Greg and I decided to work on interview prep for two schools where I had been invited to interview - one a T10 and one a T15 (I had already finished interviewing for the M7 school). We did two full-length Interview prep sessions, each of which included a 1-hour school-specific mock interview session followed by a 1.5-hour question-by-question analysis and feedback session, which in reality lasted longer than that (at no extra cost).
Besides this, Greg also went above and beyond and offered free advice and tips for my other interview at a T15 school.

Based on my positive experience working with Greg and the results (see below), I also took an hour of Greg’s service for scholarship negotiations and was not disappointed there as well!

(Even though I did not get into the other T10 school that we did the interview prep for, it’s worth mentioning that that school is one of the most selective ones and was a stretch school to begin with. I definitely felt much more confident going into the interview with Greg’s insightful help and preparation than I would have otherwise.)

Further, I used Greg’s help to negotiate scholarships at both the schools where I was admitted. For this, I took one hour of service with him, which involved one strategy discussion call and one review of negotiation emails for each school. It was heartwarming to see that Greg didn’t just stop at helping me secure admits but wanted me to get the best possible outcome in terms of scholarship as well, and he ended up spending more than 1.5 hours providing thoughtful feedback and edits.

One of the T15 schools came back and offered 10k more!! That is a 40x ROI, and even that doesn’t speak enough of Greg’s expertise!

What made working with Greg awesome:

Right from our first interaction, I felt that Greg was really invested in my success, even though we hadn’t worked on my applications from the start, and I was essentially availing his Interview Prep services for free. Having heard stories of how controlling and money-minded some admissions consultants can be, it was refreshing to see Greg’s commitment to ensure that I achieved the best possible outcome.

His Interview Prep sessions were extensive and tailored to the specific school in question. For both the Prep sessions, not only did Greg conduct a one-hour mock interview, but he also followed it up with well-researched and comprehensive guides of questions for each school. Beyond that, his experience and knowledge of what specific schools and AdComs are looking for immensely helped my response preparation.

During the feedback sessions, Greg’s attention to detail really stood out. He was able to provide laser-sharp feedback, which helped me work on specific areas in my responses. Again, during all this, I felt there were many times when Greg went above and beyond our official engagement - whether it was spending 3 hours instead of the originally committed 2.5 or accommodating Interview Prep in his schedule on short notices as soon as I received the interview invites, or even taking the time to provide detailed responses to my questions over email as soon as he could.

Similarly, I credit his communication expertise and meticulous feedback on my negotiation emails with the 10k bump that I received from the T15 school.

Overall, I consider myself lucky to have had the opportunity to work with Greg and achieve two great admits with scholarships! I would wholeheartedly recommend Greg for his thorough professionalism, personalized coaching, attention to detail, and unmatched dedication and commitment to the applicant’s success.