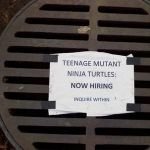 This review is for Booth

Experience during the program

For me Bschool is about taking two years to do what you normally wouldn't, socialize with people you would never even think to say hello to, or try a new working environment. I will readily say that Booth was not the school that felt like home to me. However, I did like the intellectual energy I felt in Harper Center, the advice I'd received from alums, and the positive endorsements about career services.

One of the questions that I am often asked about Booth from prospective students and recent admits is, "If there are no cohorts and students live all over Chicago does Booth really have much of a community?" I've also repeatedly read comments like, "the flexible curriculum does not allow for bonding," and "Booth is a commuter school." So does Chicago Booth have much of a community? I think that there are two main ways to define a school's community: tight-knit and engaged. I will say upfront that Booth does not have a tight-knit community. However, I would argue that neither do schools like Kellogg and Wharton (both of which are known for having strong communities). When people say a school's students are tight-knit they often are saying that everybody knows one another. I'd argue that when any class has more than 400 students it's impossible for the students to be tight-knit by that definition. So then if a school isn't tight-knit by the above definition does that mean that it does not have a strong community? Of course not! The biggest misconception is that Booth students are dispersed all over Chicago. The fact is that over 80% of students live within a 2 mile strip of the downtown neighborhoods the Loop, South Loop, and Streeterville. Heck, over 60% of students live in three buildings that are often referred to as the dorms (Millenium Park Plaza, Columbus Plaza, MDA). Just because Booth students do not live in close proximity to the school does not mean that they don't live in close proximity to one another.

Now let me address the lack of cohorts. Technically, Booth does have cohorts. Cohorted learning is only in place for Booth's one required course, LEAD, which takes place during orientation and the first 4 weeks of the first quarter. After LEAD there are a few big cohort based activities like Golden Gargoyles and Leadership Challenge, but for the most part cohort activities are spearheaded by cohort members and the graduate business council (i.e. cohort trivia, cohort t-shirt day, etc.). Although students aren't required to be at these events there is always a very healthy turnout. I think this illustrates the beauty that is Booth. At it's core this place is an exercise in free markets. Everything is driven by students' choices and Booth students choose to be actively involved with the school. Even without the typical structures to build school loyalty and student body engagement, students are so tied to Booth we often struggle to excoriate ourselves from the "Booth Bubble." There is more activity going on at Booth than any person can keep track of and the majority of it is student run. Booth students choose to invest their time in making sure this community is thriving. There is an overflow of people clamoring to participate in admit weekend, career services, admissions, and more. Oftentimes these activities require hours of work and we still want to do it. I think this speaks volumes to the ties people have to Booth.

I will readily admit that although Booth has a very vibrant community it is built differently than at other schools. In allowing people to pick their classes, schedule, and professors it's very much so a choose your own adventure kind of place. Booth fosters breadth of socializing, but it's up to the individual to determine where to seek depth. One of the best consequences of this breadth is a greater sense of cohesion between the 1st & 2nd year classes. This is the very opposite of the structure at most schools where the depth of socializing is built into the program and it's up to students to seek out a wider breadth. Truth be told the breadth was difficult for me at first. I felt that I was meeting a lot of people but not really forming deeper relationships. It wasn't until ski trip when I had a week of consistent socializing with people that I started really making friends. The opportunities to really bond with people are all over the place at Booth. However, it might take a little patience and being proactive to figure out what those opportunities are for you.

I will tell any prospective student how much I love being here, but I will also say that it isn't for everybody. If you really like structure and aren't looking to try something different then Booth isn't the school for you. If you tend not to be proactive in getting to know people then you probably shouldn't be here. However, if the bevvy of choice appeals to you or you want to try a social environment that is different from what you're used to then this might could be the place for you.

Deciding to attend Booth ultimately came down to determining that it was the school where I'd receive the best support in terms of recruiting. I was absolutely correct in that assessment. The career services team at Booth is phenomenal. Career coaches helped me plot my target list of companies. Second year career advisors gave me great feedback on my resume, cover letters, and interview skills. I had access to every company I came to school knowing I wanted to target and many more that I hadn't even thought of before getting here. I found job openings that weren't posted. I interviewed through both on-campus and off campus recruiting methods. In February I landed an offer from the world's largest retailer for the exact job I came to business school to get. Three weeks after receiving the offer I declined it in favor of joining Google in a role very similar to what I was doing pre MBA.


Strengths of the program:

Best fit at this program: