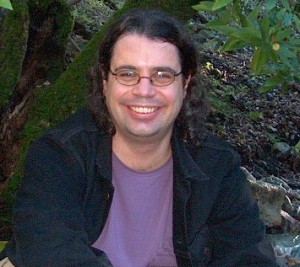 This was a GMAT I was taking both for information-gathering purposes as well as with the intention of doing well.  It's hard to balance those two.  My results (750, 98th percentile) are not bad at all, but certainly not the best I could do, were scoring high my sole goal.  My first time taking the GMAT, over a year ago, I got a 770 (V44, Q50).  Here are some thought on my experience.

NOTE: I skipped the AWA.  Since one of the purposes was to get an experience of what GMAC was doing these days, spending a 1/2 hour writing was not going to give me any more information about them. Since this does not play into the composite score, I simply left it blank.  I do not recommend that you do so if you are actually applying to B-school!

This section was the only one that felt like a time-crunch.  The first three were MSR questions, very detailed, which took an enormous amount of time to process.  After those three, I felt like I was playing catch-up during the rest of the section.  I can't tell you the relief I felt later on easier-to-complete IR question types --- "ah, just a graph!"  There were not many TA questions, and if I recall correctly, there were the most 2PA questions, which make sense, because that's a highly versatile question.  Many of the 2PA questions were purely mathematical, but one was very much like a classic logic puzzle: a list of characters, a list of tasks, and a list of constraints (A can't work with D, C can't work on Task #2, etc.)  The GI questions were a fascinating array of graphs & charts & diagrams.  In addition to standard mathematical graphs (pie, column, bar, scatterplot, etc.), make sure that you are comfortable with reading flowcharts, including flowcharts with a variety of pathways.

I used the IR calculator very little, finding it much faster to estimate, especially using visual estimation with the graphs.  There were a few calculations, though, on which I did have to resort to the calculator because the numbers were too close and/or too complicated.

What always impresses me is GMAC's ability to take basic math concepts and frame a question about it in a way one has never seen.  Even relatively standard question (percents, three-circle Venn Diagrams, etc.) were phrased in ways I hadn't seen before: a unique combination of information given and information sought.  Kudos to them for their creativity!

It's so important to be fluent and flexible with all the fundamental ideas: fractions, percents, exponents, & roots: you never know how the next math question could ask you to re-think any of those ideas.  In the Quant section, I used the notepad frequently, jotting down quick calculations, and especially for sketching diagrams when a diagram was described but not given.

As it happens, I did not see a whole lot of algebra: for example, nowhere on the Quant section did I have to solve two equations with two unknowns.  I did have one question on which having Pythagorean triplets memorized was a huge time-saver.  Of course, to some extent, both of those are examples of luck-of-the-draw.  GMAC has hundreds of questions, and you see only 37 on your unique Quant sections, so of course that may not represent the full gamut of possible topics, and may include one or two relatively idiosyncratic topics.

Again, I am impressed with the breadth and range of GMAC questions.  For example, many practice SC I have seen on the web, for example in the forums, are formulaic.  At Magoosh, we strive to avoid that in writing SC questions.  There is absolutely nothing formulaic about SC questions, about the splits they have, about the choices with which they confront you.

For the SC, many standard grammar issues, certainly parallelism, their single favorite grammar issue.  On several, though, the choices were demanding: they have a gift for capturing those gray areas in the mind of even a native speaker.  For any non-native speaker, this is so important: in addition to learning the rules of grammar, it is absolutely crucial to read high level English and to engage in conversation with highly literate native English speakers.

The CR followed the standard question types, no surprises there.  As always, GMAC is brilliant at constructing wrong-answer distractors.

On the RC, there was a heavy emphasis on the hard sciences, at least on the passages I saw.  Again, to some extent, this is also luck-of-the-draw, but it certainly behooves you to get into the practice of reading hard science every once in a way.  Scientific American magazine can be an excellent source for this.  I had two medium-size passages (3 questions each) and one long passage (4 questions).  Of course, the RC questions were clustered together by passage, but the SC and CR were interspersed.

I will say, this time sitting for the GMAT, energy was a challenge.  I felt sharp and focused through the IR & Quant sections, but I started to enter a different "zone" somewhere in the Verbal section --- less present, less able to focus, less sharp.  I was definitely not at my very best through the end of that section.

Why this happened, I'm not sure.  The GMAT is a long and demanding experience: make sure you are physically tip-top in every way you can.  For myself, I have been getting good sleep, and I haven't had alcohol of any sort in about a week: both, recommendations I would make.  I had a large lunch the day before, so I had just a light dinner the evening before --- perhaps a sizable dinner would have given me more sustained energy through the whole test, so that's a recommendations I will make.  Arguably, my cardiovascular endurance level is not anywhere near peak condition: perhaps simply a more regular exercise routine would have given me greater stamina during the test: I will recommend regular exercise, for its own benefits as well as for your GMAT performance.  It probably didn't help that I was in my early twenties back when Germany was still two separate countries: admittedly, it's harder to give a practical recommendation along these lines (gather ye GMATs as ye may?)

The overall moral is: no matter how well prepared you are for the content of the test, do not underestimate the sheer physical & intellectual & emotional demand of sitting for a GMAT, and make sure your body & mind are in an optimal place to handle the challenge.