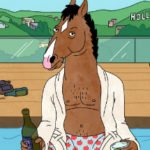 I have started to prepare for the gmat 3-4 months ago. I used during preparation e-gmat verb and GMAT Club Test for Quant part. Initially when I attempted several CATs on GMAT Club Test, I was scoring about Q30-34 and I was pretty upset since I was naturally good in math in high school (14 years ago graduated). However, I decided to review the basics and then start attempting one-by-one. GMAT Club CATs not only gave me a sense of where and how I am performing, but also a sense of timing, which is very important during the real exam. After 3 months of preparation and usage of CATs, I have started scoring Q49-51 on the CATs and only have required polishing some small beats-and-pieces. So, when the real exam came, I scored Q48, which I am not satisfies and hence decided to re-atempt. During my preparation, I am only using GMAT Club Test for the math portion, especially as I took a real exam, because I believe it is simply the best tool available to score high. The task are very similar and very close to the real GMAT. Explanations are full. Performance analysis is very helpful as it shows you where is you weakest parts. I would definitely recommend to go for it to anyone who is seriously considering to score high on Quant.

This is an excellent instrument to improve your quant skills. The tasks are challenging and really hard. I would assume that the tasks are of a 700+ level. I was using it mainly for polishing my skills after completion of general course and using OG. It is very structured and very convenient if one wants to understand where is the weakest spots in his/her preparation. You could track your performance with the detailed break down by different types of skills required. My abilities have improved substantially (at least 5 points on a quant section). I would advise to go through e-GMAT quant preparation and then practice with Scholaranium.

I got an hourly preparation service for mock-up interview with Greg and found it very useful for my upcoming interview with HSB and GSB. The good things were:
1) very close to the real experience the type of questions Greg asked and similar pace to the real interview;
2) thorough feedback and detailed analysis of the performance with comments on both verbal and emotional performance, as well as specific wording and stylistic element;
3) willingness to spend the time to cover everything I had concern with.
I would mention Greg balance of friendliness and professionalism, which created perfect atmosphere for the mock-up interview.