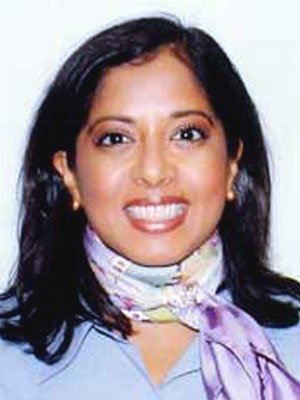 If you work with Devi (and listen!), you will be as prepared as possible for your HBS interview

Summary: I had a convoluted story and worked with multiple mock interviewers to prepare. Devi was by far the most prepared, gave the clearest and most actionable feedback, and seemed truly invested in my success. The HBS interview isn’t “hard” in the sense that the interviewers are warm and friendly, and generally don’t ask trick questions. During my preparation, I spoke with several people who had interviewed, both admitted and rejected; almost all of them said that they thought it had gone well. Also, most people who get an interview, especially from finance and consulting, already have experience with difficult, lengthy processes and have developed above average interview skills. That’s why it’s so important to prepare to a level far beyond what you think is necessary - the competition is not average.


HBS was my dream school, and I don’t think I would have got in without Devi. After receiving an invitation to interview, I thought that I could adequately prepare on my own. I’d made it through demanding, multi-round interview processes in investment banking before, and I figured that through extensive solo practice and preparation, I could get through the HBS interview successfully as well. After spending many hours watching videos, reading articles, writing out every example I could think of in the STAR method and practicing out loud, I still didn’t feel confident enough, and decided to work with Devi.

I approached my first session with Devi as if it were the actual HBS interview (suit and tie included). I was struck by how specific Devi’s questions were, and how intimately familiar she was with my application – there were no superficial or “fluff” questions. Some might have overlapped with things that I had seen in HBS interview guides, but Devi asked them in the context of my application in a way that I hadn’t thought of myself. When she asked me for my impression of the interview, I said that despite some wordy answers, I thought it had gone well. I’d certainly felt more confident about my performance than I had about successful banking interviews.

Devi disagreed, and provided me with very candid feedback on my approach to answering, and the depth of my answers. I had some uncommon professional experience and it was difficult to convey everything I’d done in my current position, so my natural inclination was to talk at a high level and not offer specific anecdotes. Devi taught me how to adapt my style to give a brief, high level answer, support it with multiple brief anecdotes, while making sure that I didn’t lose sight of the original question in my conclusion. It took multiple sessions to get to a point where I had truly internalized this approach, but there were substantial improvements in my performance between each successive session. It’s important to start as early as possible after receiving your interview invite so that you can properly space out the sessions and actually incorporate Devi’s feedback – it’s usually not minor advice that you can tweak at a moment’s notice!

Even if you can only do two sessions with Devi, it’s an incredibly accurate reflection of the actual HBS interview, and the feedback is invaluable in preparing. Devi is very invested in her clients’ success, and I can’t recommend working with her strongly enough, especially if your dream is HBS.

This reviewer has not participated on GMAT Club but it is a REAL person and a REAL review. GMAT Club has verified this test-taker's identity through GMAC/Pearson Vue Score Reporting system or .edu email address and confirmed that this reviewer indeed took the GMAT, is unique, and has not submitted multiple reviews.
bschoolbound2023

Devi made the daunting process of completing applications to 5 schools incredibly straightforward, personal, and organized. She helped me organize my thoughts, passions and truths into a cohesive personal story that organically flowed with my long term career aspirations. To say Devi is an efficient person is an understatement. Every minute with Devi is a minute well spent, and she is committed to helping her clients recognize their strengths and build an authentic personal story that is both true and compelling. She helped me maintain my focus on the aspects of my application and resume that should be highlighted/celebrated so that admissions teams could get a thorough understanding of what I brought to the table as a candidate.

This reviewer has not participated on GMAT Club but it is a REAL person and a REAL review. GMAT Club has verified this test-taker's identity through GMAC/Pearson Vue Score Reporting system or .edu email address and confirmed that this reviewer indeed took the GMAT, is unique, and has not submitted multiple reviews.
fit419

I was applying to business school late in the final round, and I had very little time to take the GMAT and prepare my application materials and essays. As such I decided to hire a consultant to help me frame my thoughts for my essays so that I could focus more on studying.
Devi was incredibly helpful even in our first, free phone consultation. I had what I believed to be significant weaknesses on my resume, but Devi was genuinely excited about my prospects and showed me that my perceived weaknesses could, in fact, be strengths. Devi also had a fantastic ability to help me outline my thoughts and put to words the message that I wanted to convey. With Devi’s help I was able to write a compelling and honest story in my essays, and her reframing of my perceived weaknesses helped me to feel much more confident in my interviews.

Devi was an outstanding consultant - She helped me manage the business school application process and was there for me every step along the way. It does not take long to work with her before it becomes apparent she has years of experience and valuable insight in the business school arena. She makes herself available and fully commits to her clients. She challenged me to think strategically about my essays in ways that enhanced my application and prepared me to take a major leap in my professional career. A friend referred me to Devi and I'm forever grateful to have had the opportunity to work with her. I would 1000% recommend Devi to anyone looking for assistance in this process.

This reviewer has not participated on GMAT Club but it is a REAL person and a REAL review. GMAT Club has verified this test-taker's identity through GMAC/Pearson Vue Score Reporting system or .edu email address and confirmed that this reviewer indeed took the GMAT, is unique, and has not submitted multiple reviews.
Logo

The Direction I Needed

When I began my journey of looking for an MBA admissions consultant, I was told multiple times to hold off and wait to apply till I had a better GMAT score. However, when I met Devi Vallabhaneni with mbaMission, my experience with her was different. She looked at my overall profile and told me where I needed to focus on - aka, my GMAT score. She advised me on how to make my application show that I was strong in quant through things such as my work experience and recommendations since my GMAT score was not portraying that.

Additionally, I struggled with the timing of when to submit my application. I was moving from India to the states in the midst of the pandemic and didn't know if I had it in me to go for round 1. Devi helped me pace myself and set achievable goals so that I could meet the round 1 deadline.

Where Devi helped me the most (which, in my opinion, was not her responsibility, but she did from the goodness of her heart) was the in between of submitting my application, going through interviews, and waiting to hear back from the school. I was extremely anxious, like extremely. Devi lifted me up every time we talked. She reminded me of my strengths and encouraged me to stay optimistic.

Sure enough, I got into the only school I applied to, my dream school - London Business School. And when my anxiety set in about thinking that LBS may have given me a handout and that I did not match up to my peers, I got a scholarship for half my tuition, which solidified my candidacy even more.

Devi not only helped me get into my dream school but also helped me map out my future to achieve my full potential.

As you can see, I highly recommend mbaMission and Devi Vallabhaneni.

Want to make your dream come true? Devi is THE coach to be at your best for HBS!

Stop wasting your time on forums and Youtube videos that claim to reveal the secret of the HBS interview. Work with Devi!

After receiving the HBS interview invite, I spent hours reviewing countless articles and videos to prepare and decided to buy coaching sessions with Devi. I came to the 1st mock with Devi as if it was the real interview and was really confident. I was ready as I asked several friends to review my material and did multiple mock interviews. I thought I did well, but the reality was cruel... the performance was terrible.

Devi went straight to the point and gave me feedback and tips to improve, and most importantly what kind of structured answers I should give. I was using the STAR method but my answers were either lacking details or too long.

Because of her help, I improved over time (she always gave me homework after each session) and really knew how to approach the interview. She imparted practical knowledge to me, and eventually I became more confident and ready to answer any questions I would be asked.

Thank you Devi for being a tremendous coach!

I worked with mbaMission and Devi Vallabhaneni for the 2020 MBA application cycle (2021 start). I recommend going with a start-to-finish package as Devi was an amazing resource throughout the entire application process.
To begin, Devi and I walked through just about every detail of my personal and professional life and educational background. Devi then helped me to extract stories that would make the most impact in an application, even though I may have overlooked these myself. Devi and I spent the most time on my essays and resume. She helped me to trim parts of essays that would not be seen as important to admissions committees and make my resume more quantifiable and impact oriented.
I found that Devi’s background and familiarity with the schools to which I wanted to apply and my desired post-MBA career were particularly helpful. It goes without saying that Devi was always punctual and thoughtful. She was straight forward and did not tell me what I wanted to hear but what I needed to hear. Her guidance and help led to being accepted into on of my top program choices, and for that, I am super thankful to her and the mbaMission process. I certainly found the cost of the start-to-finish package to worth it.

This reviewer has not participated on GMAT Club but it is a REAL person and a REAL review. GMAT Club has verified this test-taker's identity through GMAC/Pearson Vue Score Reporting system and confirmed that this reviewer indeed took the GMAT, is unique, and has not submitted multiple reviews.
Please
sign up or login