Since 2001, Stacy Blackman Consulting (SBC) clients have been admitted to every top business school worldwide, often with merit scholarships. SBC has a complete panel of former Admissions Officers from every top MBA program in-house. The SBC team has MBA expertise at every top US and EU school, has graduated from the best MBA programs and understands career paths in every industry, traditional and non- traditional.

SBC deeply values mentor-ship within its client engagements and limits the number of clients for each consultant, engaging with clients only after its Validation Team evaluates candidacy strength. Stacy Blackman Consulting delivers results, as shown through its record of the highest number of online reviews across multiple sites, such as YELP. SBC offers a limited number of free consultations weekly for inquiries who have been pre-screened by our tenured team. Contact us for a free consultation to request time with an SBC Principal.
Stacy Blackman Consulting Deal Page
5.0 /5 Average Rating
5 star 628
4 star 23
3 star 1
2 star 1
1 star 1 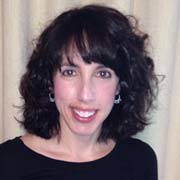 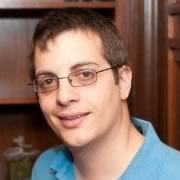 Due to various reasons, I could only start working on my MBA applications in early December 2013. With most R2 deadlines fast approaching I chose to get the hourly services from SBC. Kevin was the consultant I worked with and he wasted no time in getting an idea of where I was and what would be the smartest way to go about my applications with the time constraints on hand.

A few months later, I am writing this review with offers from McDonough & Olin. I believe Kevin did a brilliant job and helping me in achieving the best possible outcomes in this situation.

He was extremely understanding and helped me a great deal in expressing myself in the best possible manner in my application.

Caryn Altman got me into Kellogg & Haas!

There's no question in my mind Caryn Altman @ SBC helped me get into Kellogg and Haas (heading to the Bay area this fall!). With a mediocre GMAT score and no quant in my undergraduate transcript, she engineered a tailored, competitive application strategy that mitigated my weaknesses/accentuated my strengths. She's extremely strategic; she's extremely knowledgeable about the entire application process (Full Time, Part Time, etc.); and last but not least - she's extremely hard working and professional. Specifically, my essays were bullet proof after 6 to 8 rounds with her. She's straight forward and says it the way she sees it (it stung a few times, not going to lie!). But during an extremely stressful and confusing process, you need a trusted partner - someone who can guide you honestly and confidently. Working with Caryn was the best decision I made throughout my application process.

I am an international applicant, an older candidate and a re-applicant. Though I had a decent academic profile and GMAT score, I was unable to secure admission in my initial attempts. I was desperate and had decided that this was going to be my last attempt at Full time programs.
I decided to look for a consultant, and decipher what it was I was doing wrong. After contacting a few firms, I liked SB for their prompt and detailed response. I also had a talk with Margaret, who was my primary consultant, and felt happy to work with her. She is encouraging and straight-forward. I also liked the fact that SB and Margaret have been working in this field for a number of years, so there was some history there. I had a clear idea of the schools that I wanted to apply to, in light of my interests and age and we started from there.
I had some basic ideas for the essays which we used, but our discussions really helped emphasize the human side of my stories. We also worked on my resume, and I think we went up to 8 or 9 drafts, before it got b-school ready. All of this was really helpful, because I was able to portray a complete picture of myself.
Working with her also ensured that I was completing everything way before the deadlines. This gave me sufficient time for school research and filling out the actual electronic application, things I had neglected previously. Overall, I was very happy with the quality of my applications, and was also quite prepared for my school visits and interviews.
Of the 4 schools I applied to, I got into 2, including my top choice. I will be joining an M7 program this year, and am very happy with the outcome.
Ultimately, a consultant cannot help you gain experience. You have to do it yourself, and depending upon your candidate profile, be realistic about where you should apply. But if you have done that properly, Margaret and SB can definitely ensure that your candidacy is highlighted in the best possible manner and make sure that all parts of your application package are perfectly developed so that your application is in the best shape it can be. My only regret, I should have worked with them earlier.

I would like to take this opportunity to thank Bill@StacyBlackman for all his advice and guidance he provided during the application process which was invaluable and instrumental to my Kellogg’s admission.

I intuitively felt the connection right after the free consultation. Bill was in fact the deciding factor for me to go with Stacy Blackman Consulting (SBC). Bill was honest with me. As mentioned by one of the previous applicants I couldn’t agree more -- “Bill was indeed a saint”. Bill not only was calm but also made me feel relaxed especially when I was getting ahead of myself.

Bill's approach towards the application process was methodical, thorough, prudent and he was extremely patient. Bill was very prompt responding to all my emails irrespective of the time, day or the week. Besides being prompt, his responses were very clear. The most important thing for me was he believed in me.Without any doubt Bill is invaluable asset SBC can have.

I was waitlisted by one of my top choice schools. As I have to go back to school this year, I was eager to find help and support. Through referral, I chose Stacy Blackman for my waitlist support.

My first connection was with Esther Magna (she is the just contact person, not my consultant). She was nice over the phone. Since I had question regarding service fee and all other stuff, I emailed her afterwards. After a few email exchanges, she got annoyed and her tone sounded very angry. In one email, I felt like I got yelled at. But I was confident with the consultant she recommended and there was a lot of good reviews for the consultant, so I still chose Stacy Blackman.

After I paid the fee, she disappeared and I never heard a word from her. To me, I have contacted a few consulting services, and none of them are like her customer service. Just a piece of advise, if you are not patient and nice enough, people can feel it and the only harm is to the company you work for.

Maybe Stacy Blackman is great, but she needs to pick the right person to represent the company.

Regarding the consultant I work with, I have nothing but good about him. Patient, smart, and dedicated. My experience will be so much better if I only worked with my consultant from the minutes I signed up.

Esther's so sorry that she came off that way. Email can be tough - sometimes it's hard to interpret tone. However, I am thrilled that you were happy with Andy and I agree that he is a terrific consultant, very dedicated, thorough and talented. Esther's great too - so we regret that her email was interpreted in a way that you felt yelled at. We wish you the best!

Haas-bound and couldn't have done it without Andy & SBC

The MBA application process - with the help of my excellent SBC consultant Andy Pelletier - was incredibly revealing and rewarding in terms of self-discovery - regardless of the school I ended up choosing. With Andy's probing, pushing, and constructive criticizing, I learned so much about myself and the person I want to become - which not only helps me personally define my goals and a pathway to get there, but also helped immensely with crafting my applications.

I did the hourly service, and Andy was attentive and timely. He responded to my drafts very quickly (usually less than 1 hour, including off-hours and weekends). His advice was effective & efficient - he always started high level with what messages/themes are most valuable to get across to AdCom, then dove deeper to help me organize my thoughts around that central message.

I am on the young end of the MBA spectrum, so I wasn't really sure if an acceptance anywhere this year was feasible (I was half expecting to have to reapply next year). Clearly Andy's help worked, as I got into Berkeley Haas (one of my top choices!!) and received a $100k Forte Fellowship to Cornell Johnson! I am also on the waitlist at MIT Sloan, and Andy quickly and thoroughly helped me craft a campaign to improve my chances of getting in off the waitlist.

Andy legitimately wants you to succeed. I would definitely recommend working with Andy Pelletier at SBC on your MBA admissions applications!

They matched me up with Lisa because of her knowledge of the schools I was applying to. Lisa was great! She was very helpful and responsive and I liked that she gave me honest feedback. My process took longer than average and she didn't get frustrated with me and she really made me believe in myself and my story. I don't have a very unique background but she helped me think of little things to add that extra touch to my essays.

Stacy also helped calm my nerves whenever I had some freak out moments when I thought my essays weren't good enough or too boring. She assured me that I was answering the questions asked and gave me helpful advice for adds/tweaks. It certainly worked!